The Frank Bisby Prize aims to award researchers who make a remarkable contribution in the field of biodiversity informatics and e-taxonomy, particularly with regard to building global species databases or making other significant contributions to the "Catalogue of life", the community generated authoritative index to all species on earth.

The Frank Bisby Prize combines a financial contribution and an award certificate. It is awarded every two years based on
nominations by at least two international colleagues and up to two direct collaborators of the nominee(s). The nomination is a subject of approval by the Board of Species 2000 and SBNO, the foundation that made the prize possible.

The winner of the Frank Bisby Prize 2018: 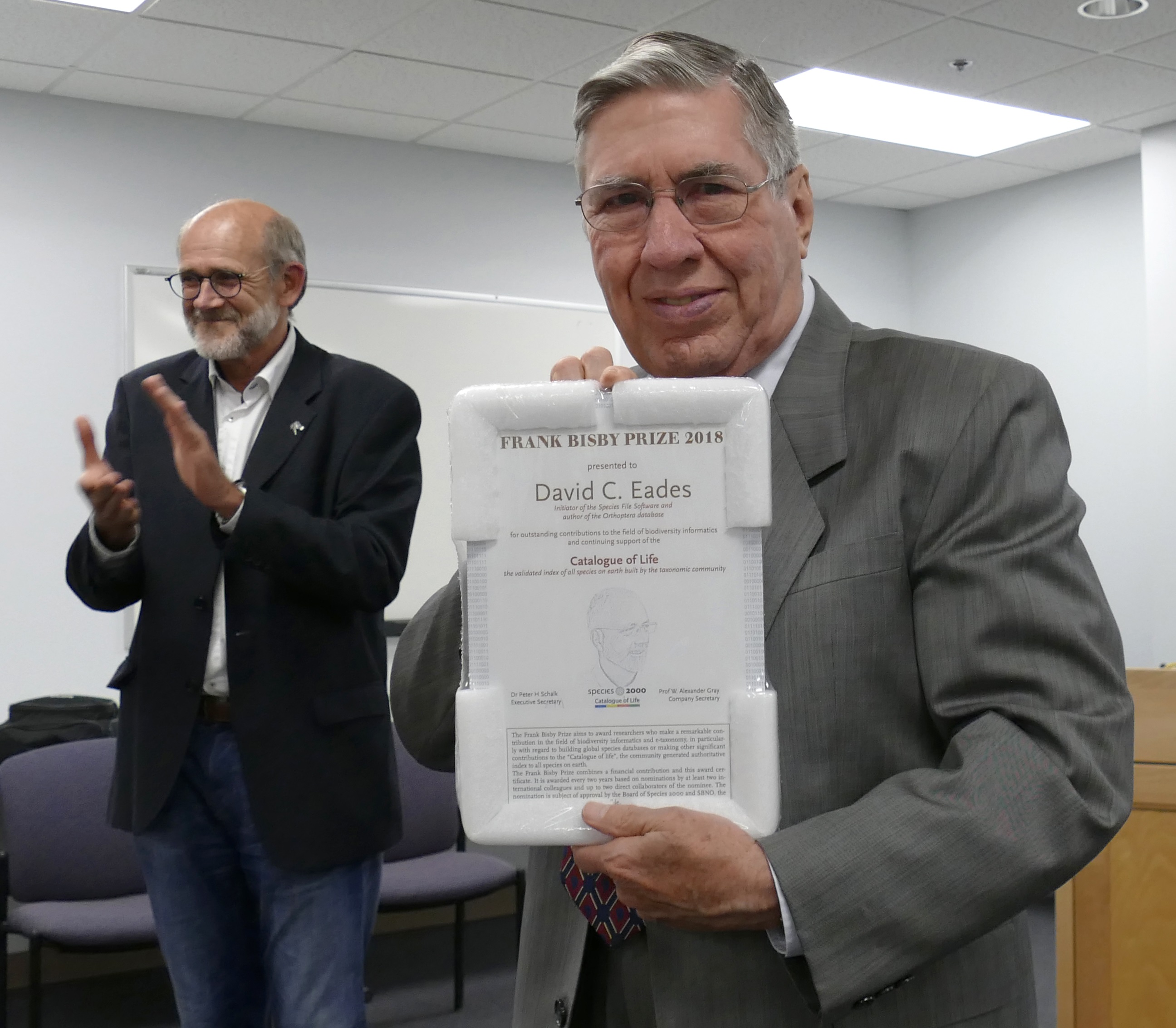 David Eades,
Initiator of the Species File Software
and author of the Orthoptera database

The winners of the Frank Bisby Prize 2016: