On Thursday 29th March 2007 we held a special event for the Species 2000 programme to celebrate reaching one million species, the most significant milestone in the international programme lead by Frank Bisby to catalogue all known species. 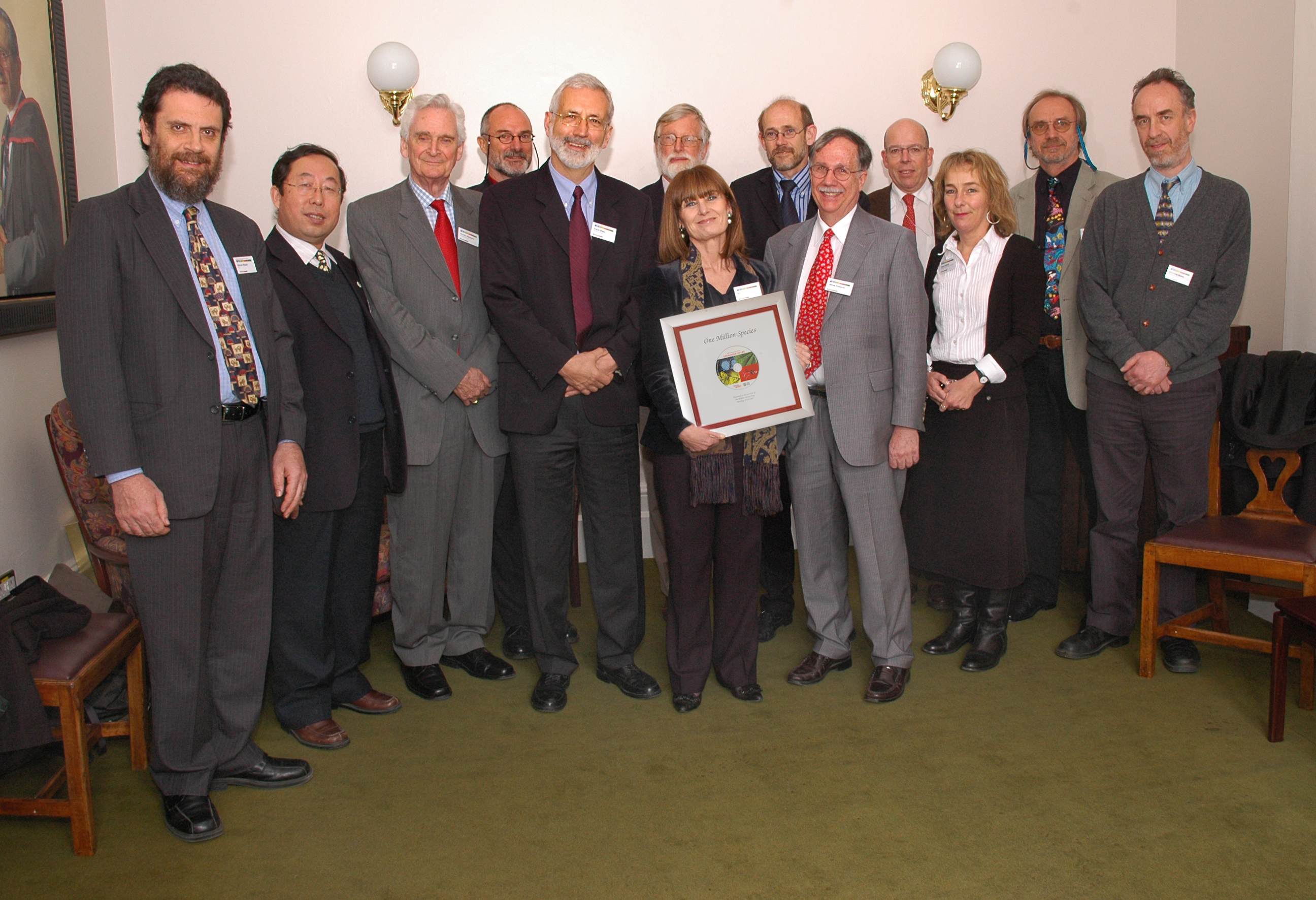 During the event, presentation copies of The One Million Species Catalogue of Life were presented to partners who use and support the Catalogue of Life by Manuela Soares the Director for Research (Environment) at the European Commission. In addition to this a congratulation message from Ahmed Djoghlaf, UN Convention on Biological Diversity, Montreal was read to the attendees of the event. The Symposium itself was followed the next day with a meeting to discuss the next steps for The Catalogue of Life and the Species 2000 Annual General Meeting.

Presentations given at the meeting can be downloaded below:
James Edwards:  Primary Data and Species Distribution
Martin Sharman:  Biodiversity Change in Europe
Simon Stuart:  Biodiversity Assessments and the Need for a Comprehensive Catalogue
Simon Tillier:  Species Catalogues and the Systematic Collections
Sara Oldfield:  Target 1 of the Global Strategy for Plant Conservation
Ghillean Prance:  The Urgency of the Catalogue for Conservation and for Users
Rainer Froese:  FishBase: Lessons Learned in 17 years of Species Encoding
David Schindel:  Consortium for the Barcode of Life
Thomas Orrell:  Next steps in the Catalogue of Life